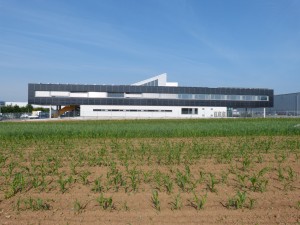 Our certified Premium Partner, Friedhelm Widmann, has developed and built a completely energy self-sufficient office and workshop in Neuenstadt am Kocher (Baden-Württemberg) during a nine-month construction period. EnFa – The energy factory is able to manage without any connection to the public power grid and uses only renewable energy.

Graduate engineer Widmann wants to show one thing with EnFa: that the turnaround in the energy policy is not just a distant reality, but rather it is feasible and above all affordable right now: “The motivation to build the EnFa lies in the outrageous discussions about the feasibility and financing of the energy revolution. I wanted to show that we are already able to achieve a stable and economically attractive power supply which is solely based on renewable energy in 2014.”

“The EnFa is already showing one way in which Germany will solely be supplied with renewable energy in 2050.”

The production costs for EnFa power speak for themselves. Depending on how it is produced, Widmann is anticipating permanently low prices of between 6 and 20 percent per kilowatt hour (kWh). This is considerably lower than the price demanded by other  power suppliers.

Photovoltaics supplies 80 percent
The self-sufficient supply of EnFa is based on a mixture of different storage and production methods. A photovoltaic system from IBC SOLAR with 112 kilowatt peak (kWp) ensures consistent energy production throughout the day. This was the reason why the modules were aligned in different compass directions on the roof and facade. If excess solar power is available which cannot be consumed immediately, this power will be stored in a 400 kWh battery storage system. A combined heat and power plant (BHKW) with an electrical output of 40 kW and fed with biogas will be used when the solar power is insufficient on low-radiation days. The photovoltaic system contributes around 80 percent to EnFa’s overall power supply. 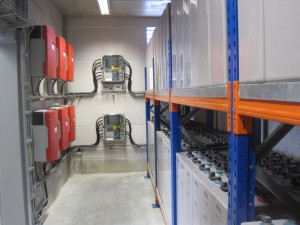 Sufficient capacity for electromobility too
EnFa even goes one crucial step further when it comes to using energy. The company’s own electric vehicles are charged on site at three electric filling stations. A journey of 100 kilometres with an electric car which refuels with green electricity costs just 85 cents, while the same journey using conventional petrol is in the region of 9 euros. Producers and consumers coordinate with one another using software developed in-house. Widmann has incorporated his 20-years of professional experience into this software. The software has access to a three day weather forecast over three days and uses this forecast to calculate the heating and cooling requirements for the building. It also manages room temperatures, use of sheddable loads, the best way to charge electric cars and how to stabilise the self-sufficient power grid.

We would like to say: Congratulations on this excellent project and that we are delighted to be making a small contribution with our photovoltaic and battery system!