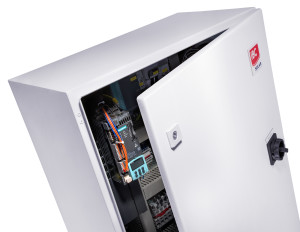 Anybody wanting to successfully run a farm in dry, hot areas across Europe, Africa, India or Asia is heavily reliant on sophisticated water management. In addition to the less efficient hand irrigation procedure which is still prevalent in many development areas, motor pumps are generally used. In India, for example, around 50 percent of arable land managed by small farmers was irrigated with motor pumps in 2012.

Generators which have a water pumps connected help to generate greater yields, but do have a major disadvantage: diesel is used as the fuel. Diesel poses environmental risks when it comes to transportation and storage and is an inefficient fuel source in economic terms, as importation in many countries is largely subsidised by the government. Photovoltaics, on the other hand, is a reliable and low-cost form of power supply, especially in sunny areas where there is a high demand for water. Once installed, photovoltaic systems incur minimal maintenance costs. Water and energy consumption are perfectly coordinated with one another. If a lot of water is required for irrigation during the night after hot days, solar power ensures that the tanks are well-filled.

We developed this technical solution with Siemens that can be used to convert existing water pump systems from a diesel to a photovoltaic operation with minimal effort. Both the existing pumps and the entire irrigation infrastructure remain during the conversion and only the diesel generator is replaced with a photovoltaic system which is tailored specifically to the performance parameters of the pump. The solution we have named IBC PumpController focuses on standardisation, modularisation and the global quality promise of IBC SOLAR and Siemens. Only standard components are used that are easy to maintain and replace. The technical core, the Sinamics S120 frequency converter including Maximum Power Point Tracking (MPPT) from Siemens, ensures that the maximum available output can be extracted from the photovoltaic generator at all times.

A pilot plant on a farm in Namibia has shown the practical benefits of the system solution since the start of June 2015. A photovoltaic system with an output of 17.7 kWp and an IBC PumpController will permanently replace an 11 kVA diesel generator. The switch will enable a saving of just under 30 litres of diesel to be made each day and will help to pay off the system within three years.