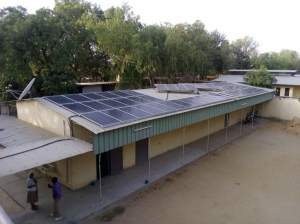 Having access to electricity around the clock was certainly not taken for granted at Centre Béthel, a Catholic education centre in Chad. Its supply of energy, and therefore also of water, was dependent on diesel generators, which could only operate a few hours a day because of the high costs involved. A fundraising campaign has made it possible to install a new photovoltaic system with battery storage. The equipment now supplies solar-generated electricity around the clock and has also enormously increased the education centre’s financial flexibility.

The main responsibility for the project is in the hands of the sisters at the Catholic education centre who also supplied part of the funding. SolarKapital and IBC SOLAR provided organisational and technical support for the project, which was initiated by missio. The involvement of innogy SE as the largest single donor enabled the project to launch the realisation phase at the beginning of 2017 and complete the installation work just under a year later. The costs for the centre’s new, stable and environmentally sound energy supply amount to roughly 100,000 euros.

Our technical experts have set up the complete technical design of the hybrid solution and our international sales department has delivered all necessary components, such as modules, batteries, inverters and the mounting system. To that extent, this project takes us back to our roots since in 1982 we have begun with systems that provided an independent electricity supply in remote locations. We are very pleased that our competence in this area has been able to make a major contribution to the success of the project and thereby help ensure the continuation of the important work done by the Béthel sisters in Bakara!

Reliable energy supply thanks to photovoltaic system with battery storage
The installation of the new solar equipment and the battery storage system began in mid-February 2018. After only five days, the first solar electricity was already flowing through the power lines. Electricity is produced by 89 solar modules with a total capacity of 24 kilowatt peak that were installed on two roofs. A total of 48 lead gel batteries store the solar electricity that is not immediately consumed and make it available later when required – for example, at night. This means that electricity, which is required to operate the water pump, is now available for most of the day. The new system has been planned with sustainability in mind: if the education centre’s electricity needs increase in the coming years, additional modules can be installed and the storage capacity of the batteries expanded.

New energy system gives education centre an enormous increase in financial flexibility
Centre Béthel in Bakara is situated some 15 kilometres from the capital city N’Djamena. The education centre is not connected to the public electricity grid because of its isolated location. That is why in the past it was dependent on two diesel generators. Expenditure on diesel fuel consumed approximately 80 per cent of the education centre’s annual revenues. The new photovoltaic system with combined storage unit makes it possible to save roughly 18,000 litres of diesel fuel per year – and it achieves this with no change in electricity consumption. There is another positive effect in relation to the maintenance costs for the old diesel engines, which were integrated into the new energy system. Since they now only need to supply electricity when an especially large amount of energy is required, they can be operated in the so-called high-load and full-load range. This creates significantly less wear and therefore increases the working life of the engines. 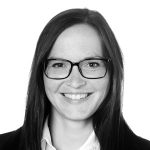