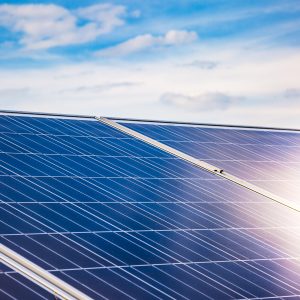 Even though South Africa is still considered to be the most developed nation on the continent, the country is facing tremendous energy challenges like many other African countries. The Rainbow Nation’s energy provider Eskom is over indebted, operates mostly old generation facilities and struggles with an unstable grid. The utility provider is often not able to meet the country’s electricity demand and regularly implements “Load Shedding” – planned power cuts to avoid a breakdown of the system. In addition, Eskom is likely to implement a rise of electricity prices by 15 percent from July 2021 on after an increase of around 7 percent in July this year already.

“Load shedding officially started in the year 2008 and I remember clearly how tough it became to keep our business running throughout the day as our power supply would be cut up to three times daily for two hours or more”, explains Adrian Lawson – IBC SOLAR colleague and testimonial. “I have personally had first-hand experience with load shedding being a South African and having formerly owned and run a property business in Cape Town. It was not easy having to make the decision to send staff home and close the doors.”

In order to keep parts of the business running, business owners were trying to get hold of a diesel generator, which was the same situation for Adrian. “I remember luckily managing to get my hands on a Honda generator as they were rapidly going into short supply as people scrambled to secure themselves one. In fact there was a time when there were none to be found as they were completely sold out! This meant that we at least could run some computers, a few lights and our telephone system which kept the core functions of business running during times of power failure. The generator was rather noisy and we had to place it outside at the back of the office and close the back door as not to disturb the work colleagues. Naturally we also had to make sure that we had enough diesel as the petrol stations would not be operational during load shedding – that is of course catastrophic from an environmental aspect.”

“Long power extension leads would weave their way across the office floor to give power to those who really needed it and we would operate with reduced staff as there was not enough power to go around”, Adrian continues. “You really appreciate how reliant one is on electricity when power outages take place – it is one of those basic essentials required to run a business. In those days there wasn’t as much access to photovoltaic systems in South Africa as there is now today and our company really suffered as a result of the situation.”

It is ironic that this development is diametrical with Solar PV. Technology keeps steadily emerging and that is happening with falling costs in parallel. Solar PV generation and storage solutions do not only enhance technically, become smarter, leaner and more includable, they also become more cost effective. Renewable energy is emerging as the only viable option to keep (South) Africa powered for the future.

“If I was living and running a business in SA today I would seriously consider installing a photovoltaic system at home as well as for the office to ensure a continuous power supply without having to be reliant on the main electricity service provider”, concludes Adrian.

IBC SOLAR South Africa’s product portfolio is well fitted with solutions herein. Besides IBC SOLAR’s high quality solar modules, the subsidiary offers inverter technologies from SMA, Fronius, Victron and also GoodWe Hybrids from October on. All compatible with the company’s battery brands BMZ and SolarMD, load shedding becomes the past in peoples’ homes with solutions from IBC SOLAR. With Smart Home tools such as MyPV and the Fronius Ohmpilot and an intelligent battery setup, clients can also optimize their self-consumption with the PV system at the same time and save electricity costs.

There has never been a better time for solar…