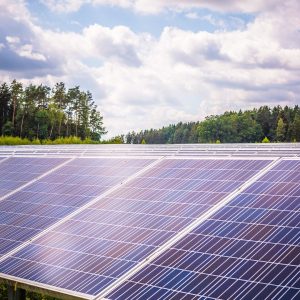 If you think of photovoltaics (PV) and renewable energy, Poland is probably not necessarily one of the countries that immediately comes to mind. After all, coal continues to dominate in Poland and the country is almost completely dependent on it, especially when it comes to heating and electricity. According to the Polish Photovoltaic Society, solar energy only accounts for less than one percent of the energy mix. But the latest developments show that this will soon change. The demand is increasing and Poland is showing more and more what PV potential the country has.

Poland is becoming greener. At least that is the plan. According to the Polish government, no more new coal-fired power plants are to be built.  Instead, more will be invested in renewable energies. For example, the government has set a target of 1000 megawatts of installed solar capacity by 2020. An additional new law is intended to ensure that the expansion of solar energy in Poland will increase to around 10.3 gigawatts over the next decade. The country wants to achieve this goal with a mix of home systems and large solar parks.

A look at the figures from the past few months makes it clear that photovoltaics is the fastest growing segment of renewables in Poland. According to the Polish Institute for Renewable Energy (Instytut Energetyki Odnawialnej; IEO), capacities increased by 0.9 gigawatts to 1.5 gigawatts in 2019. According to the IEO, the country thus made it into the top 5 in an EU comparison, with only Spain ahead of Poland with 4.7 gigawatts, Germany with 4 gigawatts, the Netherlands with 2.5 gigawatts and France with 1.1 gigawatts. And the figures for 2020 also look very promising. In the first seven months of the year, the newly installed PV capacity was around 916 megawatts. In July alone, the photovoltaic addition was around 204.7 megawatts. And analysts estimate that 2.5 gigawatts of photovoltaics will be installed in Poland by the end of the year.

More and more households in Poland are opting for a PV system on the roof. On the one hand, to do something good for the environment. On the other hand, however, also to make themself less dependent of higher CO2 prices in the future. That is why the majority of the new installations come primarily from small systems with a capacity of up to 50 kilowatts, and less from large photovoltaic power plants. But not only the environmental and financial aspects are key drivers for the expansion. Legal simplifications and support programs in the form of subsidies for PV systems for personal use also ensure increased expansion and rapid growth.

One of the most important aspects is the so-called net metering, increasingly known in Poland as “balancing”. This allows prosumers, i.e. micro-generators up to 50 kilowatt peak (kWp), to draw 70 percent of the energy they have fed into the grid from the grid free of charge over the course of 15 years. The grid acts as a kind of storage. Generators up to 10 kWp can draw 80 percent of the energy fed into the grid over the same period. For micro installations (systems between 2 – 10 kWp) the percentage share is 50 percent.

Another reason for the growth of the market is the fact that in Poland – apart from the tenders – the first projects are already being carried out without state funding and with the help of long-term contracts – so-called Corporate Power Purchase Agreements (PPAs). This possibility is particularly interesting for Polish companies.

There is no doubt that the country must take the step into the green direction. In addition to rising energy prices, it is also the EU that is exerting pressure with ever increasing demands for renewable energies and a withdrawal from coal energy. But Poland itself has already recognised the opportunities and advantages of photovoltaics. In any case, one can look forward to the development of solar energy there.