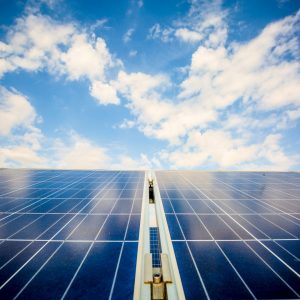 If you look at the list of European countries that have attracted attention in recent years with a strong increase in solar energy, there is no way around Spain. No other country is currently experiencing such a large PV boom. Spain breaks its records of newly installed capacity year after year. For example, from 135 megawatts (MW) in 2017 to a total of 551 MW (2018). And the latest forecasts are also impressive and show a further increase in 2020 with 4.9 gigawatts (GW) of newly installed services. This means that by the end of 2020 the country will have a total photovoltaic output of 8.7 GW. But where does the strong growth come from? A market outlook:

A few years ago, one would not have expected Spain to establish itself as one of the European market leaders in the new decade. The difficulties in the Spanish renewable energy sector were simply too severe due to the reduction in the feed-in tariff. In 2012, the Spanish government almost completely stopped building. However, before that time, the country was one of the solar pioneers in Europe. But the slump in the market eventually also left its mark here.

Today the tide has turned and the signs are good that these hurdles have been overcome and passed. The fact is: Spain is nowadays one of the most interesting solar markets in Europe and currently experiences a huge rush for large-scale photovoltaic projects in various sectors – from power purchase agreements (PPAs) to trading and self-consumption. The country is therefore well on the way to becoming one of the largest photovoltaic markets in Europe.

The reasons for the growth

The start for the big increase in solar energy was initiated by the abolition of the electricity tax and the state announcement and obligation to switch completely to solar energy and renewable electricity by 2050. In addition, there have been price reductions in recent years, followed by lower production costs and better framework conditions for self-consumption as well as the elimination of fees and charges.

This aspect is further enhanced by the fact that photovoltaics is increasingly becoming the leading technology of the 21st century and is already competing with conventional energy sources and thus very competitive. After all, renewable energies are already producing electricity much more cost-effectively than fossil fuels, and at the same time they are the key to a successful energy transition. The economic benefit of the PV systems is therefore guaranteed in any case.

These developments are very promising and fits nicely to Spain’s plans – a country that has one of the best conditions for solar energy in Europe and thus a lot of growth potential for the industry. This is also borne out by the figures and statistics from SolarPower Europe: in its medium scenario, the association expects a capacity of 8.8 GW of newly installed capacity by 2022. The total capacity will then be estimated to be 14.6 GW at the end of 2022. This would make Spain one of the top 15 solar markets worldwide in terms of the forecast expansion of photovoltaic systems.

The goal has not yet been reached

Spain has realistic chances to achieve its ambitious climate goals – in any case, the conditions are there. The average annual solar radiation is around 1,700 kWh / m². In comparison: southern Germany is just 1,150kwh / m². That corresponds to an additional yield of approx. 50 percent.

But Spain still has some catching up to do. So far, just under 8.7 GW of PV have been installed whereas in Germany, where the sun is poorer, we will soon reach the 52 GW mark. But Spain has plans and can quickly make up for the “lost time” or the missed installed PV power. According to the government, around 3 to 4 GW are to be added each year.