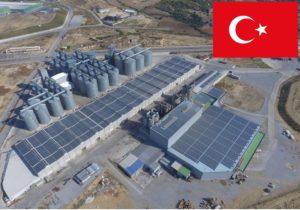 Our colleagues in Turkey are well acquainted with large-scale PV plants. Thanks to a national franchisee network, IBC SOLAR Turkey is able to work on several projects simultaneously. With the completion of a rooftop project in Mersin, our regional company is now launching a new solar chapter in Turkey. (more…) 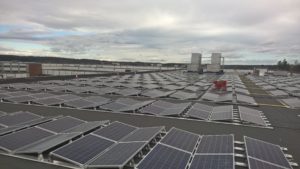 Cold stores require a great deal of energy – mainly when the sun is shining and it is warm outside. The leading Norwegian food logistics provider ASKO has Installed a PV system on the roof of a cold store in Vestby. The system was implemented by Solenergi FUSen AS, the Norwegian Premium Partner of IBC SOLAR. It enhances a current system which was put into operation on the roof of an ASKO dry fuel storage facility in 2014.  The entire system has a capacity of 1 megawatt peak (MWp), producing around 550 MWh of solar power each year which the company will use entirely for its own consumption.(more…)