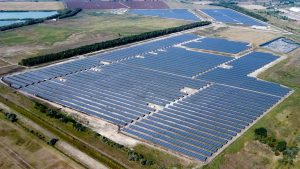 The number of large scale solar parks is growing worldwide and we at IBC SOLAR are also contributing to this. From countries within Europe to Asia with projects in Japan and India. More and more countries want to increase their share of a green power supply with the help of photovoltaics. And each of these projects is unique in terms of the task at hand, always exciting in its implementation and peppered with some challenges. The most recent example is Hungary’s largest solar park in Kabai with around 43 MW. It emerged from the collaboration between IBC SOLAR Energy (the international project division of IBC SOLAR AG) and MET Asset Management AG during the course of 2020. A year full of surprises and challenges for the entire Energy team.

How it all started

The start of the partnership between IBC SOLAR Energy and MET Asset Management AG started rather unspectacularly. In June 2018 Gábor Molnár, Head of Renewables Business Development of MET Power Hungary LLC, visited our stand at the Intersolar in Munich. A first telephone conversation followed, and the discussions intensified in the weeks and months after the fair. An idea became a plan, initial telephone meetings turned into visits, and finally contract negotiations. In December 2019, the official business deal followed with the signing of the contract. This was the start of an epic solar project in Hungary. The construction start was set for April 14, 2020. 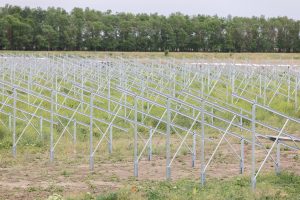 Although every solar park development is different and never proceeds in the same way, this time it was clear from the start that the construction of the Kabai solar park was going to be anything but ordinary. The biggest challenge: The corona pandemic – as in so many areas around the world this year. China was almost completely sealed off in the first quarter of 2020 and production was temporarily shut down so that deliveries could only be shipped much later than planned. The Energy team was unintentionally behind the original schedule right from the start. When China reopened its borders and started production again, further challenges followed in shipping the modules. The number of routes had been drastically reduced and there was fear of a backlog in the port of Hamburg with long handling times. Alternative routes and ports were examined and rejected again. Despite all concerns Hamburg remained the only sensible option.

Obtaining the modules in good time was therefore anything but easy. But the Energy team managed the hurdle. Once the modules had arrived in the port of Hamburg, the delivery went almost without a hitch: from the port of Hamburg, they were sent directly to Budapest by train every week and from there by truck to Kabai. Twenty-five trucks a week made their way across Hungary. 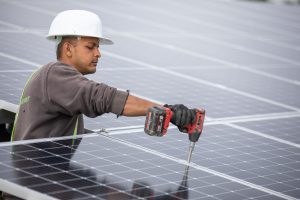 In addition, there was material transport from six other countries. A huge organisational effort, among other things because of the road transport registration required in Hungary for every single truck.

Coordinating international solar parks from Germany is time-consuming for every project. During almost the entire construction phase up to completion and the on-site grid connection, members of the Energy team were on site. But here too, the pandemic initially put a damper on the Energy Team’s plans. Due to government measures and border closings, initially neither the project manager nor the site manager could enter Hungary. Finally, a special permit for entry was applied for from the Hungarian authorities and, after a long wait, was issued. When entry was finally possible again, the next surprise came. It rained so heavily in the Kabai region that the park was temporarily under water and construction work had to be interrupted. The responsible archaeological authority in the region was also interested in the project and temporarily placed an observer on duty. 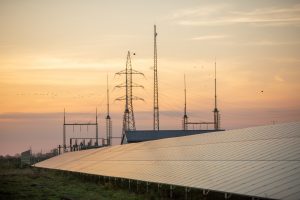 In the end, however, the IBC SOLAR Energy team also mastered this problem with flying colors (and a portion of composure) and did everything to make up for the “lost time”. On the construction site and behind the scenes, work was carried out under high pressure. A reliable partner is crucial, especially under difficult conditions. Once again, the colleagues fulfilled this requirement and in the end they were even able to meet the schedule with a construction time of just under six months. The Kabai solar park went online at the end of September 2020. A complete success, not only in view of the unusual conditions and surprises, but also when considering the size of the solar park – the result of hard work and a well-coordinated team.